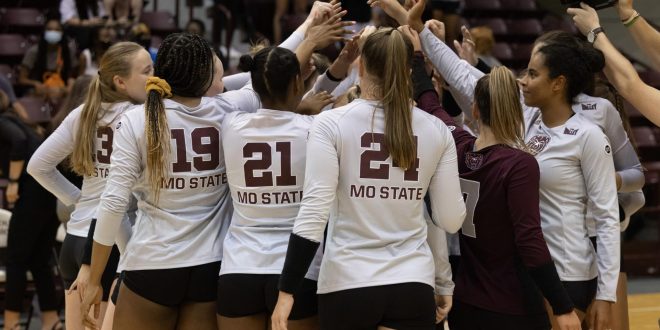 EVANSVILLE, Ind. – Missouri State ran into a hot Evansville team Tuesday at Meeks Family Fieldhouse as the Purple Aces picked up their third consecutive sweep with a 25-21, 25-19, 25-15 win over the Bears.

Evansville used 5-0 runs to separate in each of the first two sets, leading 16-10 in the first and 13-10 in the second period without relinquishing either advantage.

In the third, Missouri State led 2-0 before the Aces rattled off eight points in a row on the way to hitting .400 in the final period. The latest the Bears led in any set was 10-9 in the second.

The Bears continue their four-match road trip Saturday with a 5 p.m. match at Southern Illinois (5-15, 0-7).