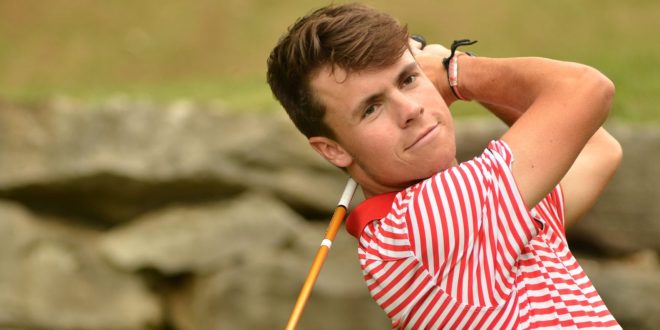 Panthers tied for 9th through 27 holes at Midwest Fall Regional

EUREKA, Mo.— The Drury men’s golf team is tied for ninth among 18 teams after 27 holes at the Midwest Fall Regional at the Fox Run Golf Club in Eureka, Missouri on Monday. Play was suspended by darkness midway through the second round. The completion of the second round and the final 18 holes are both scheduled for tomorrow.

The Panthers surged from 16th to tied for ninth in the first nine holes of the second round owning a team score of 44-over-par. Indianapolis and Southern Indiana are tied for first at +24, while Trevecca Nazarene is only one shot back in third.

Chase Gafner leads Drury at seven-over-par and is tied for 13th among 96 players. The senior from Springfield-Glendale shot a 79 in the opening round and is even par through nine holes of the second round. Jack Cronin is tied for 25th at nine-over par, while Tony Brandt is tied for 79th at +18. Walker Tynes shot an 81 in the first round but is 10-over in the second to stand at +19 and tied for 81st.

Oliver Mast from Indianapolis is on top of the individual leaderboard at even-par.