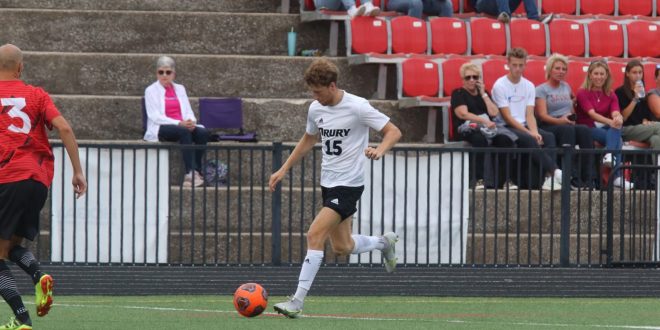 ST. CHARLES, Mo.– Drury and Lindenwood fought to a scoreless draw through two overtimes on Sunday in St. Charles, Missouri. The Panthers moved their record to 5-4-2 and 5-1-2 in the Great Lakes Valley Conference, while the Lions went to 5-4-1 and 5-3-1 in the league.

Drury had a slight advantage in shots in the game as the Panthers put up 15 to Linenwood’s 13. DU goalkeeper Yannick Lamers made five saves, as did Lions keeper Zachary Martin. The shutout was the fifth of the season for Lamers.

Mitchell Vaughn led the Panthers with four shots, including two on goal.

Drury is back at home on Friday when they host Southern Indiana for a 12:30 pm game at Harrison Stadium.