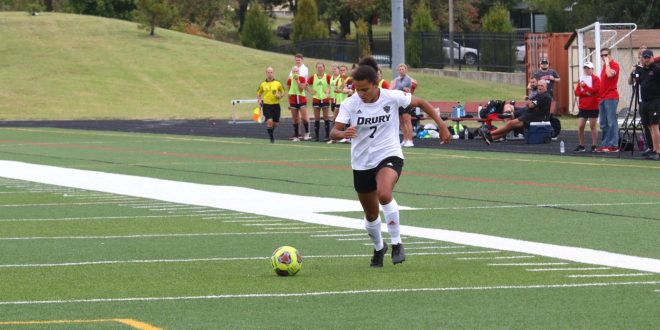 Gonzalez, a sophomore from Spain, got the Panthers on the board early with a goal in the seventh minute with assists from Keely Combs and Andrea Camargo. Gonzalez scored again in the second half as Chloe Cash provided the assist that gave Drury a 2-0 lead in the 57th minute. The goals were the sixth and seventh of the season for Gonzalez.

Drury goalkeeper Kaitlin Knetzke saw 10 shots and made two saves as the junior from Ozark and Springfield-Catholic recorded her ninth shutout of the season and her fourth consecutive clean sheet.

The Panthers are still the only team in the GLVC without a conference loss, and they return home for their next game, a Friday 10 am start against Southern Indiana at Harrison Stadium.