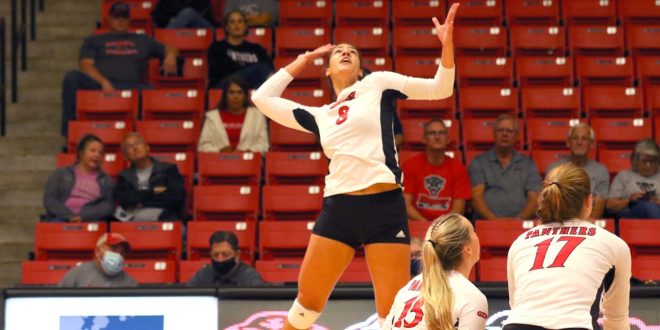 Indianapolis gets past Panthers in four sets

SPRINGFIELD, Mo.— Drury managed an opening set win, but Indianapolis battled back to win the next three sets and hand the Panthers a 3-1 loss on Saturday at the O’Reilly Family Event Center.

The Panthers pulled away to win the opening set 25-22, but Indianapolis claimed the second 25-18, then overcame a late deficit to win the third 25-23. The Greyhounds closed out the match with a 25-16 win in the fourth.

Elizabeth Eads put away 18 kills and had five block assists for Indianapolis, while Hannah Huppenbauer added a dozen kills.

Drury returns to action next weekend in the Midwest Regional Crossover tournament in Hammond, Indiana. Match-ups will be announced early next week in games between the GLVC, Great Lakes Intercollegiate Athletic Conference, and the Great Midwest Athletic Conference. Drury will play two matches on Friday, Oct. 15, and two more on Saturday, Oct. 16.