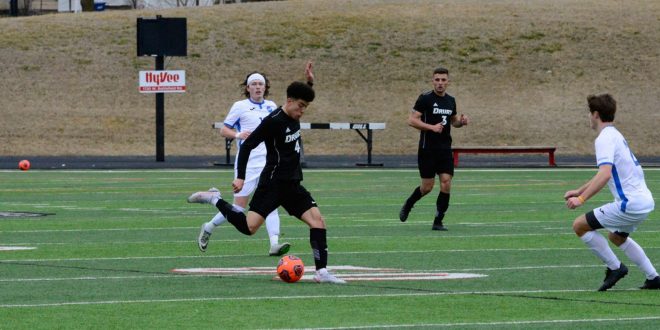 Drury finally home, faces SBU on Sunday
After playing their first six games on the road, the Drury Panthers are finally on home turf Sunday when they host Southwest Baptist at 2:30 pm in Harrison Stadium.

Drury is 3-3 but undefeated in the Great Lakes Valley Conference at 3-0. The Panthers won twice last weekend with a 3-1 win at Rockhurst, their first win over the Hawks since 2011. They followed that victory with a 6-0 blowout at William Jewell, and their six goals were the most in a single game for the Panthers since 2014.

Southwest Baptist will be looking for their first win of the season as they enter the game 0-5 and 0-3 in the GLVC. The Bearcats lost at Missouri S&T on Friday 3-0.

Drury’s Jamie O’Brien has scored three goals in his last two games, and Joshua Lewis-Evans enters the weekend with a goal and two assists in five games.

The Panthers have never lost to Southwest Baptist as they own an 8-0 record against the Bearcats.