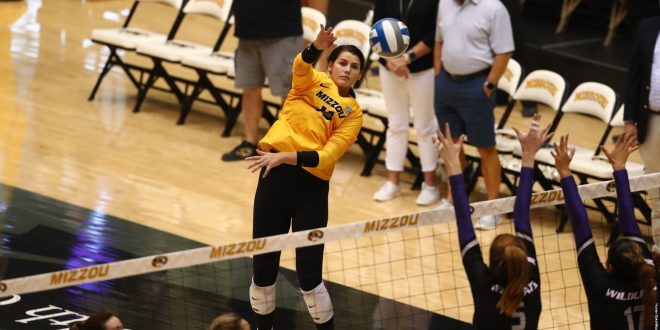 No. 7 Kentucky Rides Early Rally to Tight 3-0 Win Over Mizzou

Mizzou came out of the gates hot in the first set, building a 19-11 lead on the strength of four aces as a team and five kills from Dixon. Kentucky, however, found its footing and slowly chipped away, pulling level at 24-24 before eventually completing the comeback for a 27-25 set.

The Tigers would produce a comeback of their own in the second, erasing an 18-12 deficit to lead 21-20 before Kentucky capitalized on a service error at 23-23 to close out the set. Mizzou also led in the third, building a 19-15 edge before a 7-0 run helped the defending national champions eke out the sweep.

“Although the result isn’t what we wanted, I am so proud of this group. Our girls trusted and applied their training and played courageous volleyball. This team is improving and we are looking forward to a week of training before our SEC home opener in Hearnes next week.”