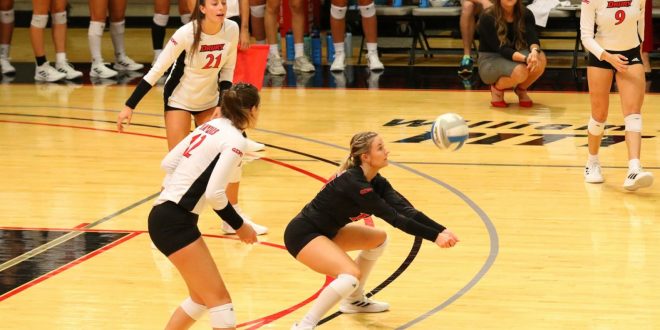 ST. CHARLES, Mo.— Lindenwood swept Drury in three sets on Friday in St. Charles, Missouri, to drop the Panthers to 8-4 and 1-2 in the Great Lakes Valley Conference. The Lions, who had two conference games canceled due to COVID-19 cases within their program, won their league opener and improved to 6-3 and 1-0 in the GLVC.

Lindenwood reeled off six straight points in the opening set to pull away from Drury for a 25-18 win in the opening frame and used a similar run in the second set. The Lions scored 17 of the last 24 points of the second to win the set by eight, then put the Panthers away with a 25-13 win in the third set.

Audrey Weber had a game-high 14 kills for Lindenwood, and Rebecca Janke put up 12 kills. Allie Otten posted 33 assists for the Lions.

Drury travels to Truman State on Saturday for a 3 pm match in Kirksville, Missouri.