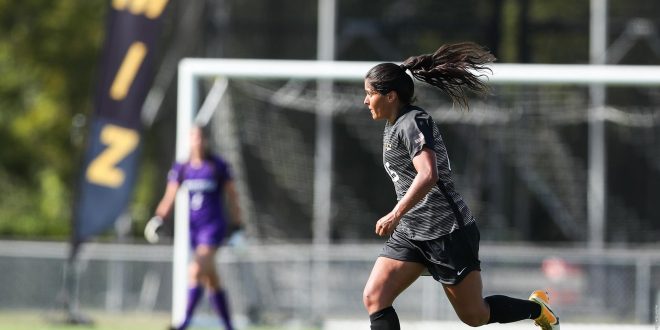 Neither team was able to get a good look at goal in the first half. The Crimson Tide had the only shot on goal, but it was saved by Sophia Worth. Each side had only three shots apiece at the break.

In the second half, the pace picked up. Alabama was able to get on the board first with a 67th minute goal off a cross into the box.

Mizzou responded very quickly. Macy Trujillo played Jadyn Easley in, and she was able to convert for her first career goal and the equalizer.

An 85th minute goal by the Crimson Tide was the difference in the match, as Serepca played Tanner through for the winner.

Jadyn Easley scored her first career goal in the match.

Macy Trujillo added her second assist of the season.

The Tigers fall to 4-4 against Alabama all-time.