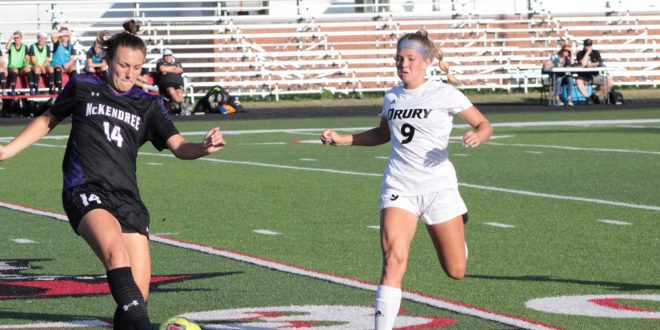 Grand Valley State (6-0) is ranked number one in the region, and the Lakers are also ranked second nationally in the latest NCAA-II poll. Ferris State (5-1) is ranked second, and Indianapolis (4-1) is third.

Two other teams from the Great Lakes Valley Conference are also in the region’s top 10, with Lewis (4-0-1) sixth and McKendree (3-1-2) ranked seventh.

The Panthers are 5-1, 3-0 in the Great Lakes Valley Conference and have won five games by shutout.

Drury is in action on Sunday when they host Southwest Baptist at noon in Harrison Stadium.