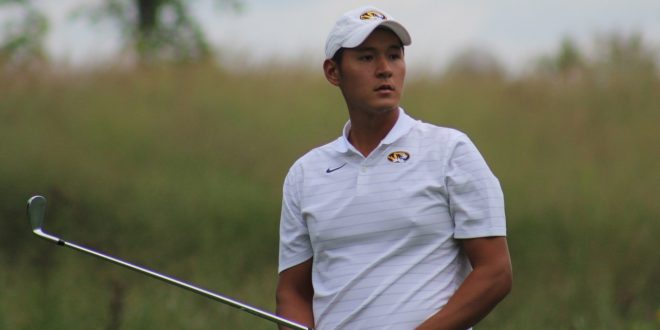 COLUMBIA, Mo. – Sophomore Yu Ta Tsai matched career-best 5-under 211 to finish in a tie for eighth to lead the Mizzou Men’s Golf team at the 2021 Husky Invitational at Gold Mountain Golf Club in Bremerton, Wa.

As a team the Tigers finished eighth with a 1-under 863 with Tsai along with junior Charlie Crockett earning spots in the top 30. Out of 16 teams Mizzou was one of just eight teams to score under par defeating two teams that played in the 2021 NCAA Regionals (SDSU, Long Beach St.).

Tsai matched his career-low with a 5-under 211 to finish in a tie for eighth, his second career top 10 finish. During round two Tsai shot a career-low 5-under 67 to remain in the top 10 heading into the final round. The Taipei, Taiwan native, was tied for the individual lead through 15 holes before three pars and a bogey to finish the round.

Behind Tsai was junior Charlie Crockett who finished tied for 26th at even-par 216. Crockett during the final round of competition moved up 18 spots after posting four birdies including three on the back nine to finish the day at 3-under.