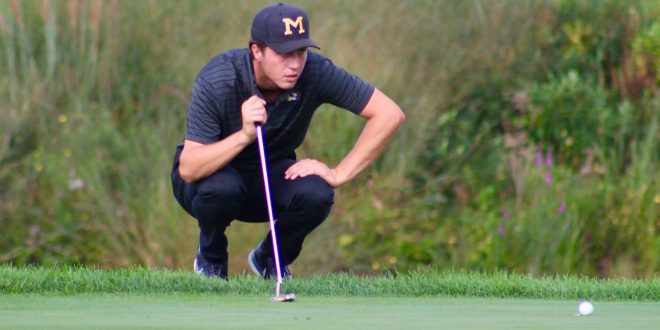 COLUMBIA, Mo. – The Mizzou men’s golf team is set to head west for the 2021 Husky Invitational, Sept. 20-21 at the Gold Mountain Golf Club in Bremerton, Washington. The two-day 54-hole event will feature 36 holes in continuous rounds on Monday and a final 18 starting Tuesday morning.

Jack Lundin:
In his first two events as a Tiger during the fall schedule, Lundin has a stroke average of 69.0 with two top five finishes. The Sioux Falls, S.D., native shot a 6-under 66 to win the Missouri Tiger Shootout at the club at Old Hawthorne. At the Turning Stone Intercollegiate, Lundin carded a career-low 210 (67-72-71) to finish tied for third.

Tommy Boone:
In four rounds during the fall schedule Boone has a stroke average of 70.7 and has shot under par in three of the four rounds. Two weeks ago, at the Turning Stone Intercollegiate, Boone posted a career-low 212 (69-74-69) to finish seventh.

Yu Ta Tsai:
In the first two tournaments of the fall schedule Tsai has averaged 72.7 strokes per round and has collected a top five and a top 10 finish. At the Turning Stone Intercollegiate, Tsai carded a 2-over 218 to finish tied for 18th and fourth on the Tigers.

Charlie Crockett:
It will be the first tournament of the fall schedule for Crockett who transferred from Hutchinson Community College. At Hutchinson CC Crockett was a two-time First Team PING All-American and averaged 72.3 strokes per round with 12 rounds under par.