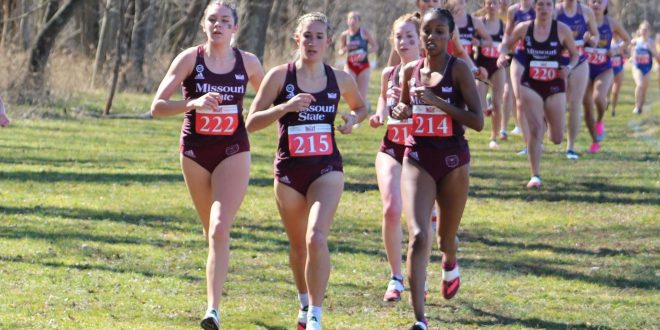 SPRINGFIELD – The Missouri State women’s cross country team continues its season on Saturday morning when the team competes in the Southern Stampede at 8:30 a.m. Missouri Southern is hosting the meet, which will feature 27 NCAA women’s teams racing at the Tom Rutledge Cross Country Course in Joplin, Mo.

The Bears will send 13 runners to compete at the annual race, which is a familiar outing for the program. With the exception of last season, Missouri State has competed in the meet every year dating back to 2015. In 2019, the team secured a first place finish in the 29-team field.

“We’re looking forward to another chance to compete, this time in a familiar setting,” said head coach Jordan Fife. “Knowing what to expect in terms of the course and the competition I think will help us out tomorrow.”

Two weeks ago, MSU finished fourth in its season opener at the Bearcat invitational in Bolivar. Senior Edna Dar was the top runner for the Bears, crossing the finish line in third place out of the 72 runners with a time of 18:21.43.  Sophomore Sierra Williams (18:42.97) and senior Shelby Palmer (18:44.54), also had strong performances for Missouri State, finishing in sixth and seventh place, respectively, and recording personal bests from the previous year. The Bears next pack of finishers ended the race in 27th-30th positions, with veteran runner Adyson Delaney leading the way with a time of 19:34.05.

“We’ll need a few people from our second pack to really step up if we are expecting a better team result,” said Fife. “Individually, I think we’re primed for some big breakthroughs and I’m ready to see everyone be aggressive and take advantage of the opportunity.”