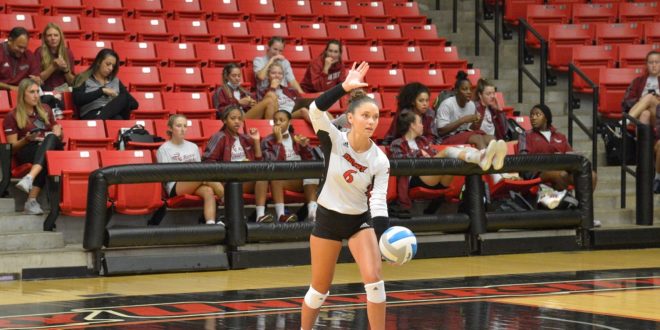 Drury opens GLVC play with a win at Southwest Baptist

BOLIVAR, Mo.— The Drury Panthers opened their Great Lakes Valley Conference schedule with a 3-1 win at Southwest Baptist on Thursday. Drury improved to 7-2 in the 1-0 in the GLVC while the Bearcats dropped to 4-5 and 0-1 in the league.

Gabriela Oliveria led the Panthers with 12 kills, while Taylor Forth had 10 kills and posted a .563 hitting percentage in the match. Makina Wratten had eight kills with four solo blocks and two block assists. Emma Fox added a game-high 26 digs.

Drury is back at the O’Reilly Family Event Center for their next game when they host McKendree on Saturday at 3 pm.