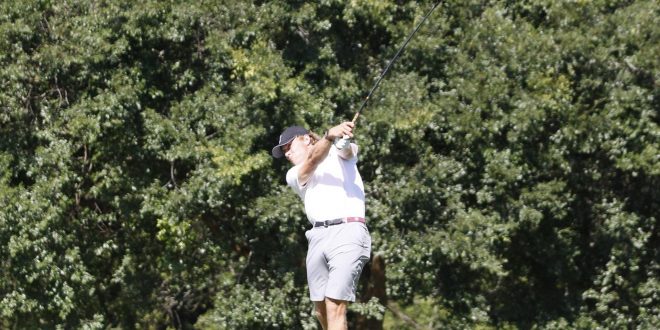 MANHATTAN, Kan. – Alex Locke paced Missouri State’s efforts at the K-State Wildcat Invitational here Tuesday as the senior tied for 12th in the field of 75 players with rounds of 75-73-74—222 at Colbert Hills.

For the 54-hole tournament, Locke’s 12 birdies tied for the seventh-best in the field.

As a team, the Bears finished 10th out of 13 schools after a final-round 309 on Tuesday. Missouri State’s 307-301-309—917 was just three strokes behind fellow Missouri Valley Conference foe Southern Illinois (914) and nine strokes behind Drake (908), which finished eighth.

“Obviously, these were not the results we were hoping for this week, but Alex (Locke) had a very solid tournament,” said Bears head coach Neal Stafford. “He was very good off the challenging, elevated tees at Colbert Hills in the wind and just hung tough both days. Despite our finish, I feel this tournament will make us better in the long run this season. We know this group can be a championship team. We just need to learn from our first two fall tournaments and be sharper moving forward.”

Eric Schuessler (75-77-83—235) slipped to 49th place on the final day but still finished as one of the tournament’s leaders with 33 pars, matching the seventh-most in the field. Kreikemeier was next among the Bears participants with 31.

Stafford’s squad will be back in action in two weeks at the Derek Dolenc Invitational in Madison, Ill., Sept. 27-28.