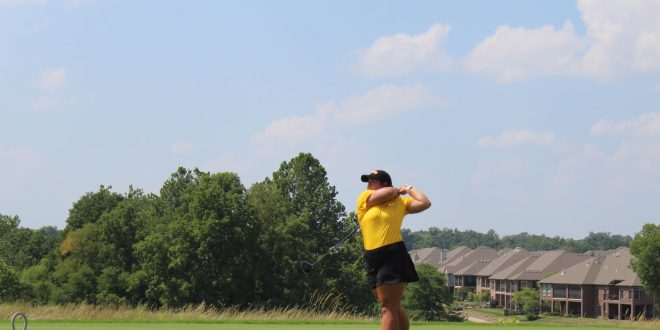 COLUMBIA, MO. – Mizzou Women’s Golf wrapped up their first event of the season Tuesday afternoon at the North Texas-hosted event, the Sam Golden Invitational. The team capped off the two-day event on a high note carding their lowest round of the week to ultimately finish in 14th place (295-297-284—876).

“We definitely saw some progress today on the course. It was great to see Bri, Sophia and Emily all under par on the day,” said head coach Stephanie Priesmeyer. “Yesterday was a slow start for us. We had a lot of opportunities and just didn’t connect on those birdie holes. Looking forward to getting back home and getting better.”

Bri Bolden launched into her junior season with a bang, firing her first round of the year under par with a 1-under 71. She bounced back from a 76 in the second round to throw down a 3-under 69 on the last day, held down by five birdies, to claim a T-33 finish.

Junior Sophia Yoemans followed suit and fired a bogey-free, 3-under 69 in the final round. She paired that with a 1-over 73 and a 2-over 74 respectively on the first day to post an overall even 216 to tie for 33rd place, her best finish since the spring of her freshman year.

Sophomore Emily Staples showed improvement each round, ending the event with her first collegiate career round under par with a 1-under 71. She ended tied for 51st place after finishing with a 5-over 221.

Veteran Noelle Beijer tallied a total of eight birdies over the course of the match. She posted a 2-over 74 in the second round to anchor her performance of a 9-over 225 and round out a T-65 finish.

Making her career debut, freshman Hallie Kuhns’ event performance was highlighted by her pair of 3-over 75s in her second and third rounds. Kuhns ended tied for 75th place with a 13-over 229.

Competing as an individual, senior Keagan Dunn sunk an eagle in her first round to post a 2-over 74. She followed that by a 79 and 78 respectively to finish T-78 overall.

The team returns to action at the end of the month on their own turf for their annually hosted-event, the Johnie Imes Invitational which takes place from Sept. 27 – Sept. 29.