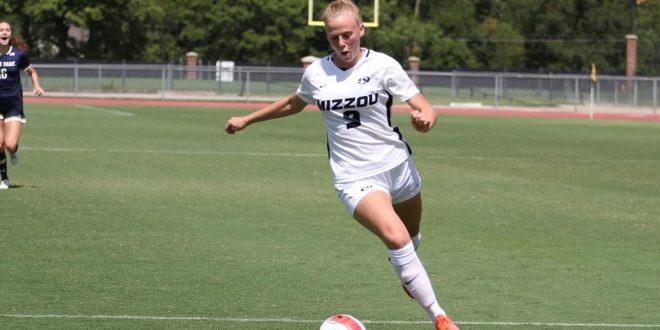 The Cougars scored early and often, beginning in the 16th minute. BYU scored the first five goals of the match to take control.

Mizzou did not get on the board until the 73rd minute with a Milena Fischer strike from distance for her third goal of the season. BYU, however, was able to respond quickly with a goal of their own to make it 6-1.

Milena Fischer would take matters into her own hands again, this time setting up the goal for Mizzou. Fischer played a through ball to Skye Kingsley who was able to get around the defense and fire it into the net for her third goal of the season. The Cougars were again able to respond with a goal of their own to put the score at 7-2.

Once again, Milena Fischer quickly responded and added her second goal of the match after collecting a deflection from the keeper. She drove it into the bottom right corner of the goal for her fourth of the season and first goal from inside the 18-yard box.

The Tigers added another late goal, this time off the foot of Jenna Bartels. Milena Fischer was able to instigate the attack and Bartels cleaned it up for her first goal of the season.

Milena Fischer had a career match and doubled her scoring totals for the season. The freshman added two goals and two assists, all within a span of 13 minutes.

Jenna Bartels added her first goal of the season.

Skye Kingsley scored a goal for the second straight match.

Milena Fischer is the first Tigers since 2001 to score at least two goals and add two assists in a match.

Fischer joins Julissa Cisneros as the only Tigers to record at least six points in a match since 2008.

Mizzou will open SEC play on Thursday against No. 12 South Carolina at home. The match will kick off at 6 p.m. on SEC Network.