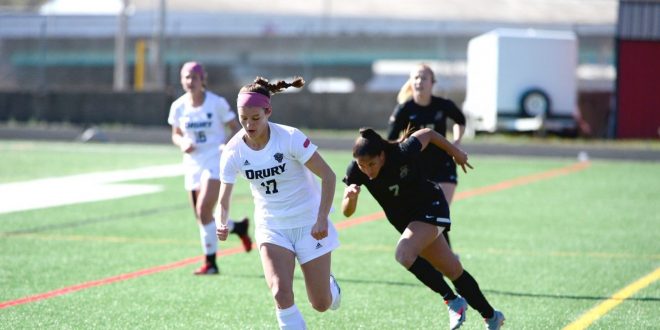 After the game was scoreless through regulation, Simon broke the deadlock five minutes into the overtime period with a shot from 25 yards out that found the upper left corner of the net. It was the first goal in the collegiate career of the freshman from Brighton, Michigan. Elsa Gonzalez also earned her second assist of the year. The sophomore from Spain has had at least one point in three of Drury’s first four games.

The Panthers outshot Truman State 20-7. Drury’s Keeley Combs had four shots with one on goal, Simon and Alyssa Ramos both had three shots with two on goal.

Drury goalkeeper Kaitlin Knetzke picked up her third shutout of the year as she faced seven shots and made four saves.

The Panthers are back on the road next weekend when they travel to Rockhurst for a game Friday night at 5 pm in Kansas City, Missouri.