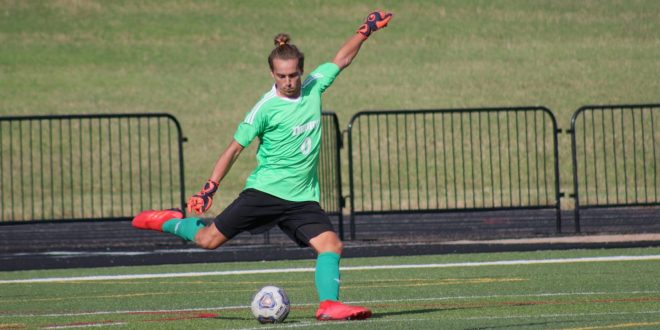 Panthers open GLVC play with a win at Truman St.

The only score of the game came in the 54th minute on an own goal. Joshua Lewis-Evans gained possession for Drury and sent a ball upfield for Adem Hamdaoua, who fired a pass toward the Truman State penalty area. A Bulldog defender attempted to play the ball back to his goalkeeper, but the pass was mishandled and ended up in the net.

Yannick Lamers got the win in goal for the Panthers seeing eight shots, but none on goal. Drury also recorded eight shots, with five on goal. Adem Hamdaoua was credited with two shots, both were on net, and Jayd Hamdaoua also had a pair of shots with one on goal.

The Panthers will play their fifth straight game on the road on Friday when they travel to Kansas City to take on Rockhurst at 7:30 pm.