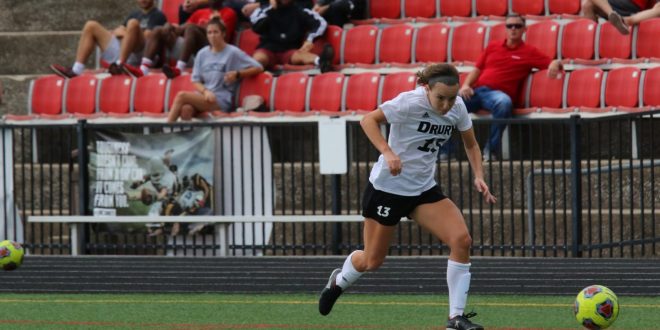 KENOSHA, Wisc.– Drury lost their first game of the season as Wisconsin Parkside handed the Panthers a 1-0 loss on Friday in Kenosha, Wisconsin.

Drury dropped to 2-1 while the Rangers raised their record to 2-1.

Alexis Baker scored the game’s only goal putting in a shot on an assist from Alexis Bolger in the game’s 16th minute. The goal was Baker’s first of the year.

The Panthers open their Great Lakes Valley Conference schedule on Sunday in their next game. Drury takes on Truman State at 2:30 pm in Kirksville, Missouri.