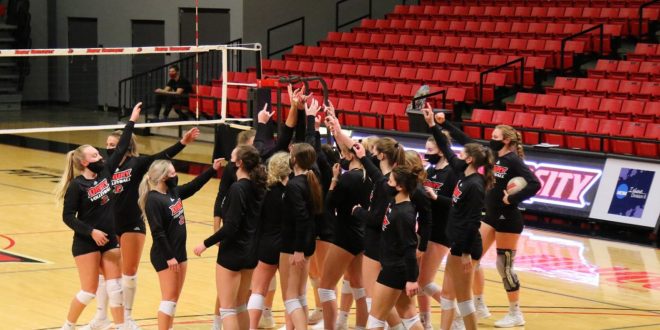 SPRINGFIELD, Mo.— The Drury volleyball team will open the 2021 season this weekend when they host the Greenstay Inn & Suites Drury Invitational tournament. The Panthers will play twice on Friday and twice on Saturday in an event that will feature five matches on both days.

This year’s tournament is a return to a full regular season for the Panthers. Last year’s fall season was postponed to the spring semester and featured a conference-only schedule with no national tournament. A full schedule returns this season, and fans can be back in attendance to watch competitions as well.

This weekend’s tournament marks the second time the program has hosted the event. Drury went 2-2 in their tournament in 2019, and last year’s event was canceled due to the coronavirus pandemic.

Tickets are $5 for each day of the tournament, with general admission seating throughout the O’Reilly Family Event Center. Re-entry is allowed both days, with patrons receiving a hand-stamp to return to the arena.