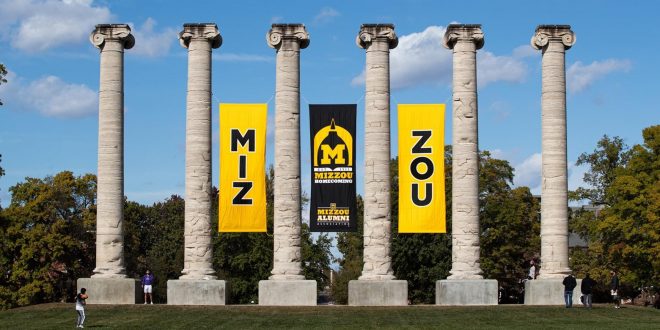 Hulen will serve as the department’s Chief Revenue Officer while Koslen was tabbed as Mizzou’s Chief Communications Officer. Both veteran leaders will begin their duties in Columbia on Tuesday, Sept. 7, 2021. Both positions were vacant due to recent staff departures for positions at other universities.

Hulen comes to Mizzou after a brief stint working for Reed-Francois at UNLV, where he was named Senior Associate AD/Chief Revenue Officer earlier this summer.

“Greg Hulen has excelled as a fundraiser and revenue generation leader at the highest levels,” Reed-Francois said. “His integrity, drive, experience and ability to make others around him better will be critical as we elevate Tiger Athletics. Our responsibility is to provide the resources to best support our student-athletes and coaches in their pursuit of excellence and I am confident Greg is the right leader to help us fulfill this expectation.”

Prior to joining the Rebels, Hulen was the Executive Vice President for Seminole Boosters, Inc.at Florida State University for four years (2017-21), where he was a member of the executive team and director of the five-year, $100 million Unconquered Campaign, which received over $110 million in commitments since 2018.

Before his time in Tallahassee, Hulen was Chief Development Officer and Associate Athletics Director at the University of Tennessee from 2005-17. During his time in Knoxville, the athletics department set several records for fundraising, and he was involved in the planning and fundraising for several high-profile projects including the Anderson Football Training Center, Neyland Stadium and Thompson-Boling Arena renovations. Hulen has also worked in the Bowling Green State University and Texas Tech University athletics departments.

“My family and I are excited to be joining the leadership team at Missouri Athletics,” Hulen said. “It’s an outstanding program and a fantastic opportunity to be able to continue to work with a dedicated leader like Desiree Reed-Francois. I am looking forward to partnering with our alumni and friends to provide the resources needed to help our 20 sport programs graduate leaders, compete for Southeastern Conference championships and achieve excellence in all they do. We are thrilled to join the Mizzou family and call Columbia home.”

Koslen joins the Tigers staff after 14 seasons at Cincinnati, the last seven as Associate AD/Communications. He served as the Bearcats primary football contact for six conference championships and 10 bowl games, including three New Year’s Six appearances.

“We sought a person of outstanding character and experience with an unparalleled work ethic in our search for a leader to oversee our strategic communications efforts and Ryan Koslen is the ideal fit,” Reed-Francois said. “He is innovative, prepared and poised to lead our strategic communications and content teams. I have seen Ryan’s work firsthand and know his determination, selflessness will make our team better. I am looking forward to the creative impact he will have on Mizzou Athletics and with our global Tiger community.”

Koslen oversaw the external, internal and digital communications for UC’s 18-sport athletics program and the day-to-day operations of the communications office along with acting as the department’s primary spokesperson and radio/TV liaison.

UC’s football media relations operation was honored by the Football Writers Association of America in 2013 with the FWAA’s Super 11 Award and Koslen was recognized by the College Sports Information Directors of America in 2020 for producing the best football game notes in the nation. Prior to working in the Queen City, Koslen had stints in the communications offices at Houston and Akron.

“It’s a great honor to join a storied program at Mizzou,” Koslen said. “I’m psyched to join a premier athletics department under Desiree’s innovative and dynamic championship culture and really looking forward to continuing to build on a strong foundation already in place. Grateful to have the opportunity to serve Tigers student-athletes, coaches and staff and can’t wait to get started telling their stories to Mizzou fans around the world.”