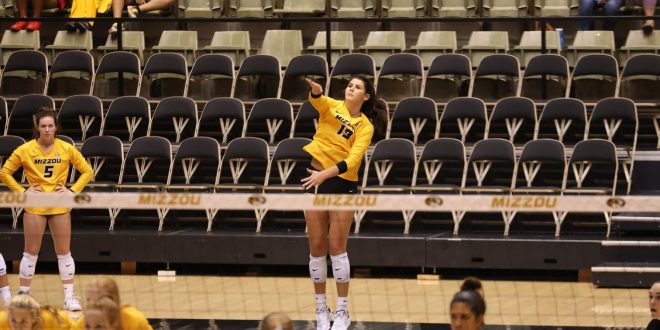 Creighton, who returned all six starters from its 2020 NCAA Tournament Team, used a 3-0 run to close the first set and rode that momentum to the sweep. The Bluejays used a 7-1 run early in the second to pull away from the young Tigers and build the 2-0 lead. In the third, Mizzou battled step-for-step with the Jays, trailing 15-12 at the media timeout, but a 7-0 Creighton run out of the break iced the match.

Mizzou junior Anna Dixon led all players in the match with 11 kills while adding 11 digs to record her first double-double of the season.

“Yesterday’s match against Kansas City and today’s first set had some moments where we saw what we could be in a team. The biggest thing for us is not going to be the physical talent…it’s going to be some continued mental discipline which will result in positive physical play.”

Mizzou hits the road to Louisville, Ky., for the Cardinal Classic beginning Friday (Sept. 3). The Tigers will face No. 13 Louisville to open the tournament before taking on Northern Kentucky and South Dakota.