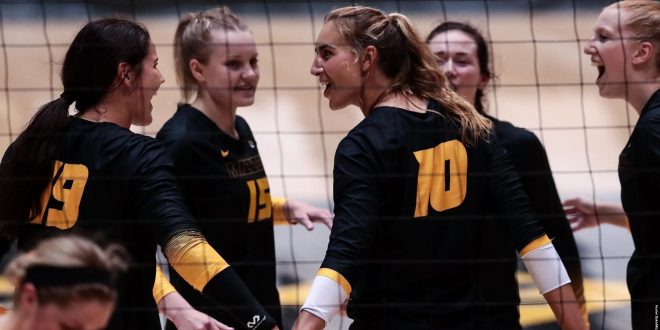 COLUMBIA, Mo. – Mizzou Volleyball begins its 48th season by hosting the Mizzou Invitational on Friday (Aug. 27) and Saturday (Aug. 28) inside the Hearnes Center.

The weekend features Friday matches against in-state foes Saint Louis and Kansas City. The Tigers and Billikens battle in the opener at 12:30 p.m. before Mizzou faces the Roos at 7:30 p.m. The night cap against Kansas City will air on SEC Network+.

On Saturday, Mizzou meets Creighton in a battle of 2020 NCAA Tournament squads. First serve against the Bluejays is set for 3 p.m. on SEC Network+.

All Mizzou Athletics events will feature mobile tickets in the 2021-22 season. Tiger fans can easily download their tickets using the Mizzou Mobile app on their smartphone. Fans are encouraged to download all tickets before arriving at Hearnes Center to ensure a smooth entry.