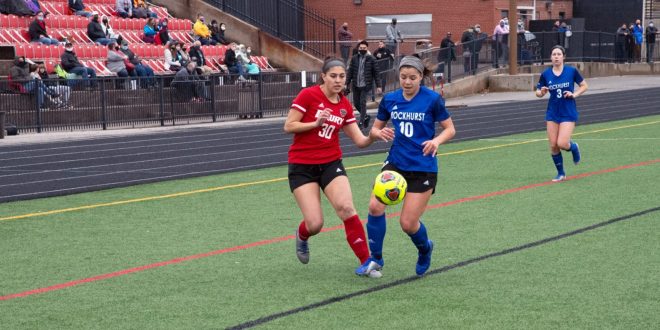 SPRINGFIELD, Mo.— The Drury women’s soccer team received a first-place vote in the Great Lakes Valley Conference preseason coaches’ poll but were picked ninth as the league released results of the vote on Wednesday.

McKendree, ranked fourth nationally, is picked to win the GLVC. The Bearcats, who won the conference title last year with an 11-2-1 record, received 10 first-place votes and 187 points in the poll. Southern Indiana was selected for second with three first-place votes and 172 points, while Indianapolis was slated for third with 163 points.

The Panthers picked up 92 points in the poll in addition to a vote for first place. Drury was one point behind Truman State in the voting and three points above Missouri-St. Louis for 10th.

The Panthers play an exhibition game tonight at Rogers State and will open the regular season on Sept. 3 at Newman. They return to action for their home opener two days later when they host 19th ranked Delta State on Sept. 5. Drury’s conference opener is Sept. 12 at Truman State.

Panthers head coach Justin Olson will enter his second year as the program’s head coach in 2021. His squad improved from a 14th place finish in 2019 to a 5-6-3 record last year and were in the postseason hunt until the final day of the regular season. Drury returns 29 letter winners from last year’s team, including sophomore Elsa Gonzalez, who was an all-conference selection as a freshman a year ago.