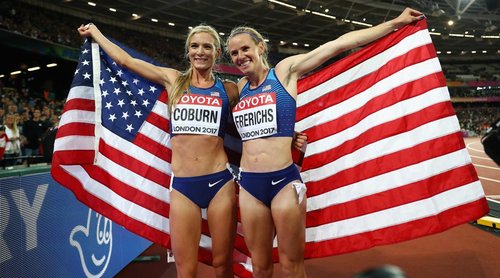 She led until the final lap. With the local community cheering her on at a 6:00 a.m. watch party, Frerichs placed second in the 3,000 Meter Steeplechase to win the silver medal at the Summer Olympic Games in Tokyo, Japan.

Frerichs was overtaken by Uganda’s Peruth Chemutai, who won the Gold medal with a time of 9:01:45.

Frerichs, who’s 28, is the second American to medal in the steeplechase and the first to win silver.

The first U.S. medalist in the steeplechase, Emma Coburn, earned bronze in the Rio games in 2016. She suffered a setback in the event this year when she stumbled during a water jump and was ultimately disqualified from placing because of a lane infraction.