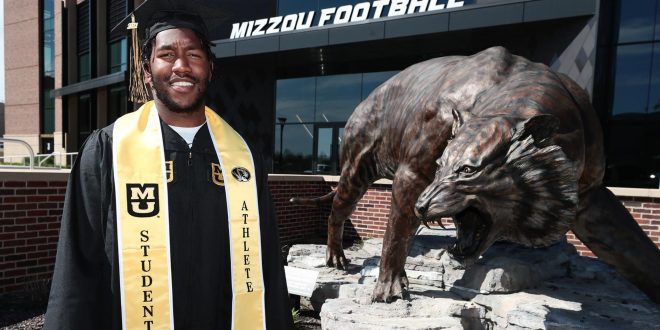 A spring 2021 University of Missouri sport management graduate, Badie totals nearly 150 hours of community service during his time at Mizzou. His activities include Mizzou Impact, Freshmen Move-In and the Susan G. Komen Race. He is also a member of the Doak Walker Award Watch List (nation’s best running back) and an AFCA Good Works Team nominee.

“Giving back is a family tradition and we live by the motto, ‘to whom much is given, much is required’, Badie said. “When I give back, the smile on the other person’s face and knowing I made an impact, inspires me and reminds me of why it’s so essential.”