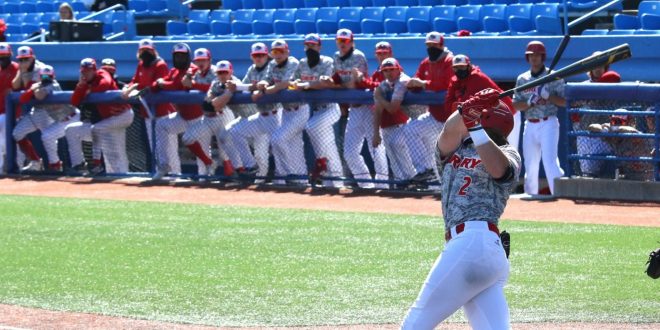 SPRINGFIELD, Mo.— Drury University head baseball coach Scott Nasby has named Eric Briggs as his new assistant coach. Briggs has worked as a high school head coach for 25 years and a scout for the Kansas City Royals since 2009.

He joins the Panthers coaching staff after serving as a manager and coach for the Kansas City Royals Scout Team in the Perfect Game Baseball Association, a developmental program for amateur players that is partnered with several organizations, including Major League Baseball.

From 2012 to 2016, he was a coach for the Midwest Nationals baseball squad based in Springfield. Briggs was the head coach at Bolivar High School from 2006 to 2012 and led the Liberators to a Central Ozark Conference championship which was their first conference title since 1974. He guided the baseball program at Lakeland High School in Deepwater, Missouri, for 11 years, and his team won nine straight district titles, four conference championships, and reached the state semifinals.

“I’m thrilled to have coach Briggs on staff to work with our men,” said Nasby. “He has a deep resume working with and evaluating top-tier talent in the Midwest. He has some established relationships throughout the region that will be very beneficial in recruiting future Panthers.”

In addition to coaching, Briggs authored a book, 9 Types of Ground Balls, published in 2013 and available on Amazon.