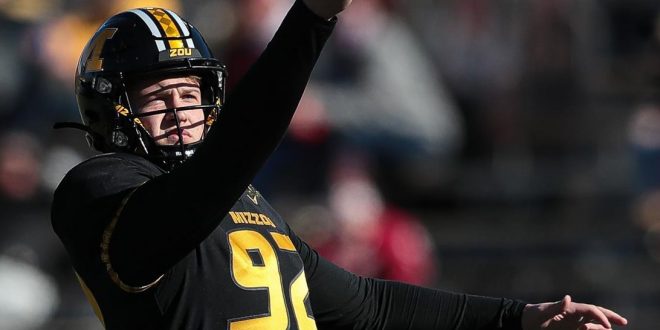 A 2020 Groza semifinalist, Mevis led all freshman kickers with three field goals from 50+ yards, with one of those coming in the top performance by an FBS kicker last season. Against Arkansas, he scored a remarkable 20 points, going 5-for-5 on both field goals and extra points, including a 32-yard field goal as time expired to lift Mizzou to a 50-48 victory.

Mevis earned a spot on the 2020 SEC All-Freshman team and The Athletic’s Freshman All-America team, and was second-team All-SEC by Pro Football Focus in 2020. On the season, he went 17-of-20 in field goal attempts and three-of-four in 50+-yard kicks.