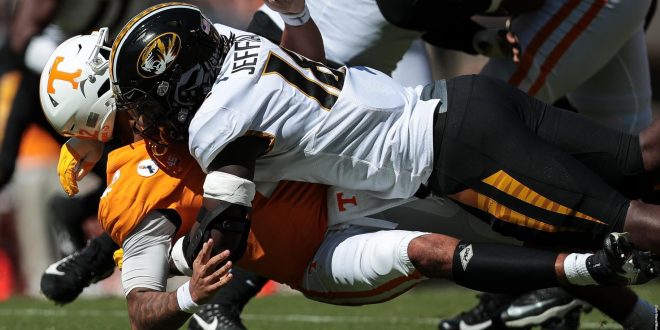 Alldredge, named to the Butkus Award Watch List on Monday, was a two-time George Martin Award winner as team MVP during his seasons at Rice. He is a two-time Conference-USA coaches first-team all-league selection (2019, 2020) and graded as Rice’s top pass rusher in 2020 (69.4).

In his first season with the Tigers, Alldredge is pursuing a master’s degree in positive coaching at Mizzou. He earned his undergraduate degree in political science from Rice in Spring 2021. He is a three-time C-USA All-Academic selection.

Jeffcoat, named a preseason All-Southeastern Conference selection by the league’s media on Friday, was a 2020 first-team All-SEC selection by the Associated Press and the league’s coaches. His breakout season included 6.0 sacks, 18 tackles, seven quarterback hurries and one forced fumble. Jeffcoat’s 6.0 sacks ranked second in the SEC and were the most by a Tiger defensive end since Charles Harris recorded 9.0 in 2016. He was also a member of the SEC Academic Honor Roll.