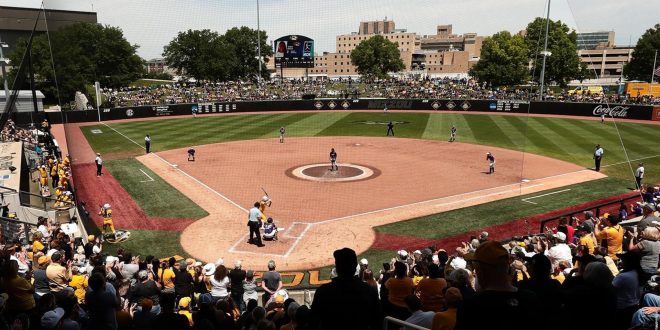 COLUMBIA, Mo. – Head Softball Coach Larissa Anderson announced the completion of the Mizzou Softball staff on Friday. Hanna Chait will serve as the Director of Softball Operations while the Tigers add two Graduate Assistants in Amber Fiser and Kristin Hallam.

“Our staff is complete! I couldn’t be more proud and excited for the staff we have put together this summer.” Head Coach Larissa Anderson said. “Hanna Chait most impressed me with her experience working with TCU and Indiana baseball and now her passion to give back and make a difference in women’s athletics.”

Chait comes to Columbia after spending two seasons with Indiana Baseball as the Assistant Director of Operations. At Indiana, she oversaw student managers, assisted with in-game charting and prepared scouting reports by studying game data and reports throughout the season.

“I am looking forward to being a part of an incredible staff and team here in CoMo!” Chait said. “I can’t wait to help build a championship program and I can’t thank Coach Anderson enough for this opportunity!”

The program also adds a pair of former Division I Softball standouts in Amber Fiser and Kristen Hallam as graduate assistants.

“We have two outstanding collegiate players in Amber Fiser and Kristin Hallam serving as our graduate assistants.” Anderson said. “Both are very strong, passionate females who have given so much to the game as players and will now give back to the game in a different capacity. Fiser brings her experience as one of the best collegiate pitchers in our game while also bringing Women’s College World Series experience. Hallam brings the blue-collar mentality, work ethic and determination that saw a lot of success at Hofstra, where I first coached her.”

Fiser was a standout in the circle for Minnesota from 2017-21. In 2019, she was named an NFCA First Team All-American pitcher after leading the Golden Gophers to the Women’s College World Series with a 1.27 ERA and a 31-9 record.

Hallam concluded her fifth year as a part of the Hofstra Softball program in the spring. She played for Coach Anderson for two years before Anderson became the head coach at Mizzou. She holds Hofstra’s all-time stolen base record and also ranks in the top ten in batting average, hits, and runs. Hallam was Hosftra’s nominee for the NCAA Woman of the Year award for the 2020-21 academic year and a Senior CLASS Award Candidate. In 2019, she was named as the Colonial Athletic Association Defensive Player of the Year.