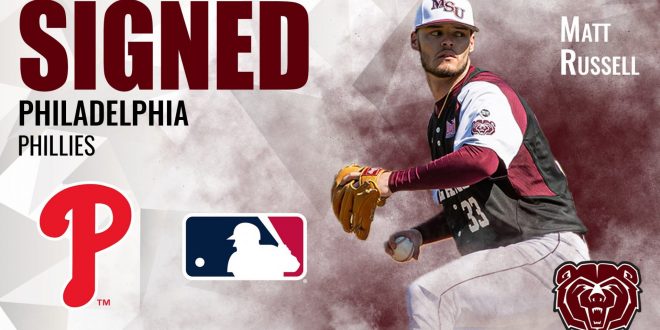 CLEARWATER, Fla. – Missouri State’s Matt Russell signed a free agent contract with the Philadelphia Phillies organization Wednesday and will begin his professional career in the Florida Complex League. The rookie-level club is based in Clearwater, Fla.

A right-handed pitcher from Kansas City, Mo., Russell pitched exactly 100 innings in his Missouri State career, posting a 4-2 record with three saves and 86 strikeouts. He threw the first complete-game shutout by an MSU pitcher since 2018 at Evansville in April 2021 and struck out a career-high 10 batters against Bradley last season.