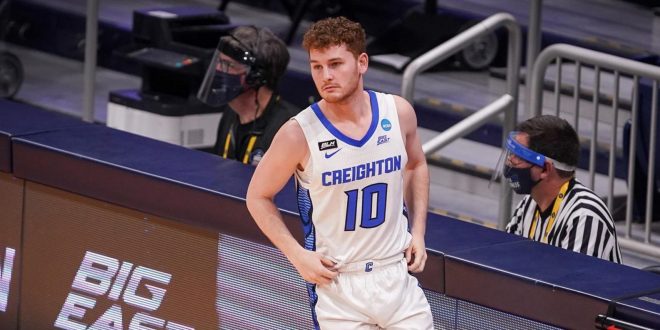 Originally from Topeka, Kansas, Canfield saw action in 15 games for Creighton last year and was part of a Bluejays team that went 22-9 and advanced to the third round of the NCAA Tournament before losing to number one ranked Gonzaga. As a freshman, he played in 21 games as Creighton went 24-7. Canfield had eight points in seven minutes of playing time in the first half of a Big East quarterfinal game in Madison Square Garden but had the stats erased when the league canceled the game at halftime due to the coronavirus pandemic. He was a redshirt in his first year at Creighton in 2018-19.

“Jett is a natural leader and has a great understanding of how to play the game,” said Foster. “His maturity and experience will be of great value to our young team.”

Canfield played for Hayden Catholic High School in Topeka, Kansas, and helped his team to a state championship in his senior season in 2018. He ended his prep career with more than 1,000 career points, was a Second Team All-State selection as a senior, and was named First Team All-Centennial Conference three times. The Topeka/Shawnee County Sports Council named Canfield the area’s Most Inspirational Male Athlete of the Year in 2018 after he put together a free basketball clinic and raised $40,000 for Make-A-Wish Kansas.