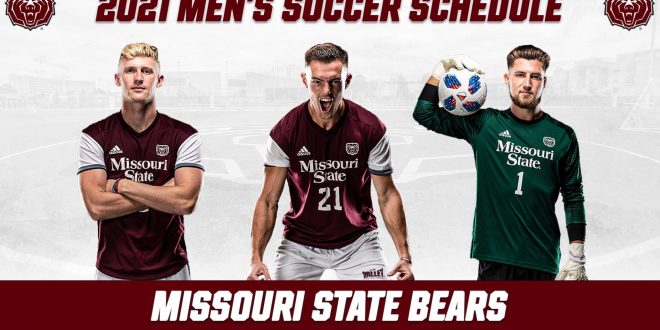 The Bears will begin the fall season with three exhibition matches in August before kicking off their regular season with a home match against Belmont on Aug. 26. The Bruins were 7-3-2 this spring and finished as SoCon runners-up after starting the year without a loss through their first seven contests.

A six-match September slate follows, with three non-conference games on tap to start the month before the Bears begin defense of their Missouri Valley Conference crown at the end of the month. MSU travels to Tulsa on Sept. 3 before hosting former Valley foe UCA (Sept. 8) and Eastern Illinois (Sept. 15) at Allison South Stadium. Tulsa is coming off a 6-4-2 season, while UCA snagged six in a rebuilding spring season.

Missouri State concludes its regular season in early November with the regular-season finale at Loyola on Nov. 6, followed by the MVC Tournament on campus sites, Nov. 9, 12 and 14. The top-seeded team will host the semifinals and finals of the MVC Tournament.

“I asked one of our leaders what he wanted the coaches to say about the season and the reply was very simple; ‘humble and hungry,’ said head coach designate Michael Seabolt. “The team is focused on what we can control, and we plan to challenge ourselves to grow every day, week, month and year.”

The Bears return all 11 starters and 17 lettermen from a banner 2020-21 campaign. Under the direction of head coach Jon Leamy and Seabolt, the Bears finished last season with a 12-2 season ledger, including Missouri Valley Conference regular-season and tournament titles. MSU advanced to the third round of the NCAA Tournament before falling to seventh-seeded Washington.

“It is our goal to be one of the best two-way teams in the country, attacking and defending with equal ability and effort, to entertain our supporters and positively represent Missouri State University,” said Seabolt. “We look forward to playing for our fans and feeding off their unwavering support this fall.”

The upcoming season will also be the final one for Leamy who has announced his retirement at the conclusion of the year. He enters his 30th season as MSU head coach with a career ledger of 292-187-66.