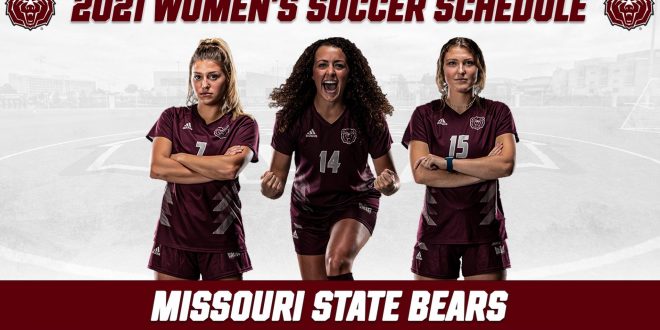 Before kicking off the regular season, the Bears will square off in a pair of road exhibition matches against Creighton (Aug. 10) in Kansas City and Missouri Southern (Aug. 15).

“We are excited to have the opportunity to compete against a solid non-conference slate, especially after a limited schedule in 2020-2021,” said Brewer, who enters his 26th season at the helm.”Last year was challenging in many ways and we hope to rebound this fall. Our non-conference home schedule includes Arkansas State, Oral Roberts and Nebraska-Omaha. They are well-established programs that will test us and force our younger players to adapt to a high-level of play.”

The Bears depart once again to face Tulsa (Aug. 26) before welcoming Oral Roberts (Sept. 2). MSU’s homestay is disrupted with a quick trip to Saint Louis for an in-state showdown against the Billikens on Sept. 9. SLU is coming off a 15-1-1 campaign that culminated in an A-10 title and NCAA Tournament appearance.

Brewer’s squad returns home from St. Louis on Sept. 12 when it hosts Nebraska-Omaha.

Missouri State then starts its eight-match Missouri Valley Conference schedule on Sept. 17 with a trip to Southern Illinois before a quick turnaround to wrap up non-conference play at SEMO on Sept. 19.

“We must be sharp at home in order to be successful in MVC play,” Brewer added.

Up next, the Bears have their only homestand of the season as they face Illinois State (Sept. 29) and Valparaiso (Oct. 3) with a pair of key conference matches in a five-day span.

MSU heads north to defending MVC champion Loyola on Oct. 9. In their last meeting vs. the Ramblers on Feb. 28, the Bears battled the Ramblers to a hard-fought scoreless draw.

The home finale is set for Oct. 23, when the Bears will face the Drake Bulldogs and honor the senior class. A trip to Evansville will close out the regular season slate on Oct. 28. It will be the first meeting for the Bears and Purple Aces since Oct. 16, 2019, when the teams battled to a 1-1 double-overtime draw.

The top six MVC teams will qualify for the 2021 MVC Women’s Soccer Championship. The tournament will be held on campus sites from Oct. 31- Nov. 7.

#MSUBears
This article is provided by Missouri State
Share