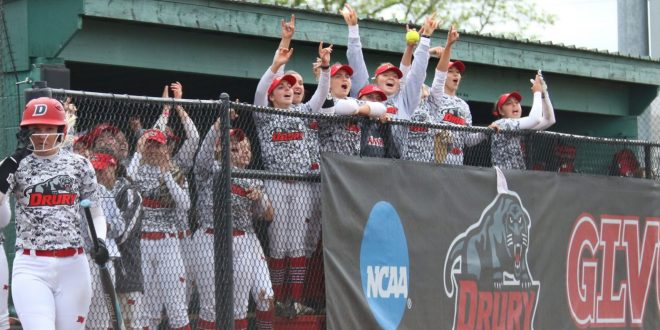 SPRINGFIELD, Mo.— Fifteen of Drury University’s nineteen sports that compete in the Great Lakes Valley Conference earned a GEICO Team Academic award for their work in the classroom in 2020-21. This marks the third straight year Drury has had 15 teams earn the award, which matches a department record.

The GLVC recognizes each team from member institutions that have maintained a 3.30-grade point average for the academic year.

The highest team GPA among Drury squads was the Panthers’ softball team. The DU softball squad earned a 3.61 while posting a 26-16 record and a 19-9 mark in conference play. The highest GPA for Drury’s men’s sports was the DU cross country team, who posted a 3.58 GPA.

Two Drury teams had the highest grade point average for their sport in the GLVC. Drury’s men’s cross country team had that honor along with the DU men’s track & field squad, who posted a 3.40 GAP.

Monday’s announcement from the GLVC is the first in a series of academic awards for 2020-21 that the league will unveil throughout the week.

Full news release from the GLVC