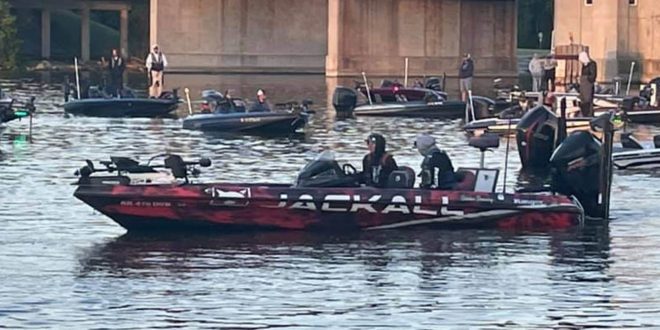 SAGINAW, Mich.— The Drury bass fishing opened in the 2021-22 season this week at the Bassmasters College Series at Saginaw Bay, Michigan. Drury’s Jacob Welch and Grant Harris were the top finishers for the Panthers as the duo finished 70th among 167 boats in the season-opening event.

A team from Auburn University won the event catching their limit of 10 fish in the two-day tournament totaling 40 pounds, nine ounces. Adrian (Mich.) had a team finish second and just three ounces away from first, while Murray State came in third.

Welch and Harris caught their limit of fish on both days and hauled in 28 pounds and 12 ounces. Drury’s Beau Browning and Hunter Baird were right behind them, catching 10 fish at 28 pounds, 9 ounces to finish 73rd. Cameron Smith and Cole Breeden came in 76th as they caught 28 pounds, 6 ounces with the 10 fish they caught.

Drury is scheduled to compete again next week in a Bassmasters event at Lay Lake in Columbiana, Alabama.