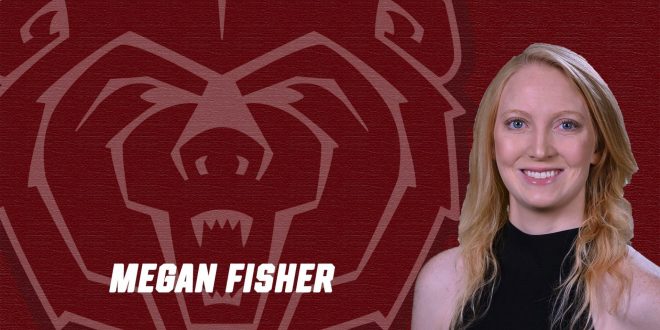 SPRINGFIELD — Missouri State Athletics has added Megan Fisher to the Athletics Communications staff and will officially join the Bears information team on July 1 as assistant director.

Fisher comes to Springfield after two years at Oklahoma State University where she served as the primary softball contact and secondary football contact in Stillwater. Her tenure at OSU was highlighted by a trip to the 2021 Women’s College World Series by the Cowgirls, in which she handled all media, communications and game-day duties for a top-five national program. She was also a vital part of the social media strategy efforts of the OSU football program, assisting with media materials, notes and postgame needs for a Cowboys team that was 8-3 this season.

Prior to her time at Oklahoma State, Fisher was a student intern on the Athletics Communications staff at Mississippi State University. There, she instrumental in coordinating social media efforts for the Bulldogs and assisted with several programs, including women’s basketball and softball. The Mississippi State women’s basketball program advanced to the NCAA Finals twice (2017, 2018) and Elite Eight (2019) during her tenure in Starkville, while she was also part of a the Bulldogs football pro day events and the National Pro Fastpitch tour at Nusz Park.

“We are incredibly excited to have Megan joining our staff,” said Director of Athletics Communications Rick Kindhart. “She brings a lot of energy and passion to our team, and she will make an immediate impact in some key areas for us. She has worked at the highest levels of college athletics and has thrived in those settings. She makes everyone around her better, and we can’t wait to get her to Springfield.”

Originally from Newbern, Tenn., Fisher earned her undergraduate degree from Mississippi State in 2019 as a Kinesiology major and Journalism minor. She was named Kinesiology Sports Studies Student of the Year in 2018 in Starkville and maintained a 4.0 GPA. She completed her master’s in Mass Communications at Oklahoma State this spring, also with a perfect GPA, while advancing as a finalist for the coveted NCAA Jim McKay Graduate Scholarship.

In addition to Fisher’s hire, Kindhart announced that long-time Assistant Director of Athletics Communications Ben Adamson, has been promoted to Associate Director, also effective July 1. Adamson joined the Missouri State staff in August of 2006 under former director Mark Stillwell and has been a part of Kindhart’s staff for the past 13 years.

Both assignments are contingent upon final approval by the Missouri State University Board of Governors at its next scheduled meeting.