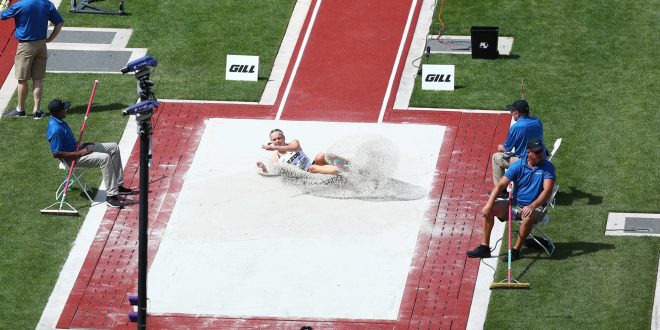 After setting a new school record in the event at the preliminary meet, freshman Mara Hausler finished out her inaugural outdoor season in 16th place. Her performance garnered second team All-America honors.

Sophomore Arianna Fisher also competed in the event, finishing 20th overall. Fisher set a short-lived program record earlier in the season. On top of holding the second longest outdoor triple jump in school history, she sits as the Mizzou record holder in the indoor edition of the event.

“Our team fought hard all week as they have throughout the season,” head coach Brett Halter said. “We gained invaluable experience as nearly all of our finalists were making the trip for the first time in their respective careers. The future is exciting! We are proud of how our teams managed a difficult season.”

Although the collegiate season is in the books, Fisher, Ciccolini and Weber will all compete one more time in Track Town U.S.A. at the United States Olympic Trials beginning on June 18. They will be joined by Mizzou redshirt senior Jordan McClendon, who last competed at the NCAA West Preliminary in College Station, Texas, in May.