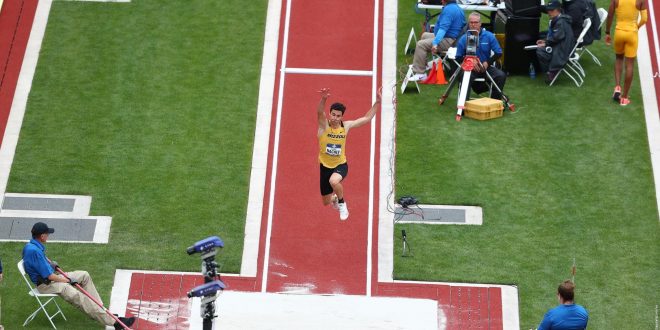 EUGENE, Ore. — Mizzou Track & Field continued its NCAA Outdoor Track & Field Championships at the historic Hayward Field in Eugene, Ore., Friday, as the Tigers competed in its male events of the meet.

Sophomore Georgi Nachev (Yambol, Bulgaria) finished out his stellar season in the men’s triple jump, finishing ninth with a jump of 16.24m. His performance garnered him All-America second team honors. Nachev is the first men’s triple jumper since 2016 to be named an All-American.

The Tigers will conclude the championship meet on Saturday with sophomore Arianna Fisher (San Jose, Calif.) and Mara Hausler (Straslund, Germany) competing in the women’s triple jump. The duo have traded the school record in consecutive meets and currently sit as the top two performers in the event in school history. The event will be streamed on ESPN+.