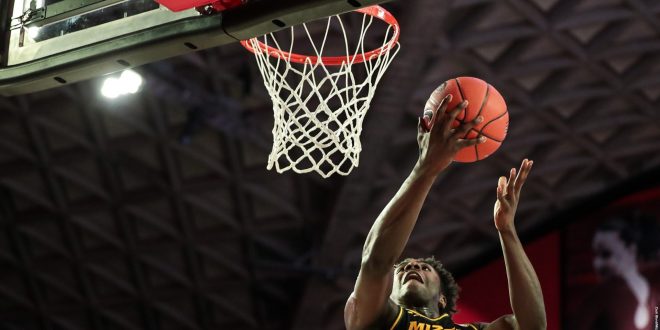 Mizzou Set to Face Utah at Mizzou Arena in December

COLUMBIA, MO.— As part of its 2021-22 nonconference schedule, Mizzou Men’s Hoops will host Utah on Dec. 18, 2021 at Mizzou Arena. Tip time and TV designation will both be decided at a later date.

The two programs finish a home-and-home series that began with Mizzou’s trip to Salt Lake City in 2017. The Tigers and Utes square off for the fourth time in their program histories. It will be the first ever meeting in Columbia, Mo.

Utah leads the all-time series 3-0. Prior to 2017, the two programs had not faced each other since the 1978 NCAA Tournament in Wichita, Kansas.

Mizzou is 128-80 all-time against Pac-12 opponents, and has won two straight such games, including wins over No. 21 Oregon last season and Oregon State in 2018 at the Paradise Jam.

Mizzou’s entire 2021-22 schedule will be finalized at a later date. Season tickets are now on sale. Previous season ticket holders can renew their tickets for the 2021-22 campaign and new season ticket requests can be made by visiting www.MUTigers.com/MBB22Tix or by calling the Mizzou Ticket Office at 1-800-CAT-PAWS.

The deadline to renew season tickets is Monday, August 9. Mizzou Arena is set to return to 100 percent capacity for the 2021-22 season.