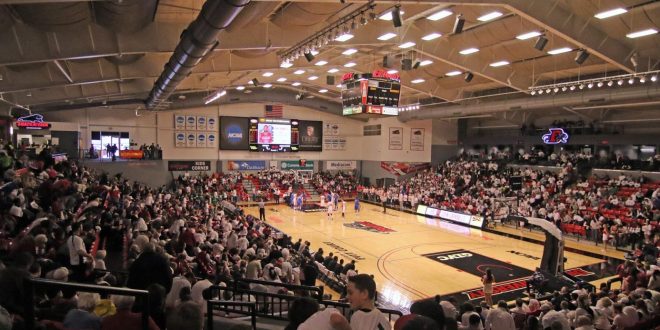 Ryce Piper helped Hartville to an undefeated season and their second straight state championship in 2020-21. He was named a Class 3 First Team All-State performer and was a finalist for Missouri’s Mr. Show-Me Basketball as the state’s top male player. Piper, 6’4″ and 185 pounds, averaged 17.1 points, 7.2 rebounds, 3.8 assists, and two steals per game while shooting 61 percent from the field in 2020-21.

“Ryce is a proven winner that has the ability to affect the game in a lot of ways,” said Foster. “His size and versatility will be a great fit for our style of play.”

Blake McKay comes to Drury from Rend Lake College in Illinois, where he was named a National Junior College Athletic Association All-Region XXIV selection. Last season, the 6-3, 180-pound freshman guard averaged 12.2 points. McCay scored more than 2,000 points during his high school career at Woodlawn, Illinois, guided his team to a 31-4 record in his senior year, and was named a First Team Class 1A All-State performer by the Illinois Basketball Coaches Association and by the Associated Press.

“Blake is a talented scorer that is mature beyond his years,” noted Foster. “His ability to shoot the ball and his leadership will have an immediate impact on our program.”

Dillon Carlson played in 29 games while starting 23 for Iowa Lakes Community College last season as a sophomore. The 6-3, 170-pound guard was named a Second Team All-Region selection and averaged 13 points while shooting 40.4 percent from three-point range and 81 percent from the free-throw line. His Lakers team went 21-8 and finished third in the NJCAA Division II national tournament. Prior to his two years at Iowa Lakes, Carlson played for Ankeny High School, where his father, Brandt, serves as head coach.

“Dillon has a great basketball IQ and will provide our team some veteran leadership,” Foster said. “He is coming off a final four team at Iowa Lakes. His toughness and scoring will be a great fit at Drury.”

Drury’s basketball program expects to announce another signing for next season during the next few days.