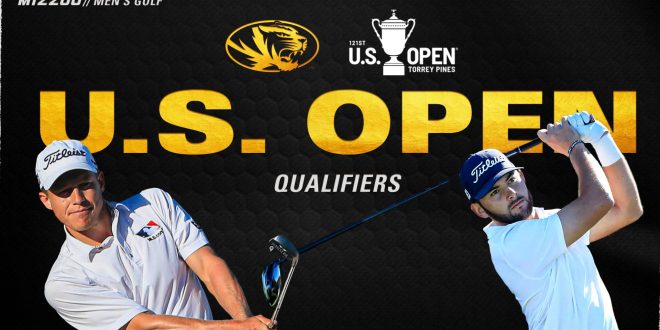 COLUMBIA, MO.— Two of the 156 competitors who qualified for the 121st U.S. Open Championship are Mizzou Men’s Golf alums. Former Tigers Hayden Buckley and Peter Malnati, who both played for current co-head coach Mark Leroux, are headed to Torrey Pines from June 17-20. Both players are making their U.S. Open debut.

Buckley, a 2018 graduate of the University of Missouri and former All-American for the Tigers, shot a 10-under 134 to finish second in the Atlanta, Georgia, final qualifier. He fired back-to-back 5-under 67s at the Piedmont Driving Club to snag one of five qualifying spots battling against 72 competitors.

This marks the second PGA Tour event of Buckley’s career after he qualified for the Honda Classic in March. The Tupelo, Mississippi, native won the LECOM Suncoast Classic on the Korn Ferry Tour earlier this spring. His rise in professional golf continues after stints on both the PGA Tour Canada and Korn Ferry Tour.

Malnati qualifies for his first career U.S. Open and his second major championship this season. A 2009 graduate of Mizzou, Malnati finished T-13 at the Columbus, Ohio, qualifier, securing one of 16 spots out of 120 players. He fired a 65 at the Lakes GCC to cement his spot.

Malnati currently ranks No. 62 in the FedEx Cup rankings with 591 points. He’s played in 23 events during the 2021 PGA Tour with three Top 10 finishes, including a 2nd-place performance at the Sanderson Farms Championship in October.

Both Tigers are set to tee off June 17 at Torrey Pines Golf Course in San Diego, Calif.