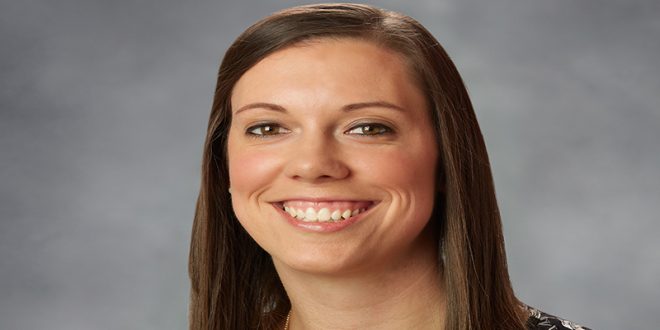 Evangel University women’s basketball coach Megan Leuzinger announced she has accepted an assistant coach position at the NCAA Division I level and to be closer to family.

“Unexpected doors opened professionally and personally with the opportunity to be closer to both our families,” said Leuzinger. “The Evangel community has been a blessing to be a part of, and it has been my privilege to coach the young women that have come through the program. Great things are ahead for Evangel women’s basketball.”

In three seasons at Evangel Leuzinger helped Evangel women’s basketball to a 52-32 overall record. She led Evangel to the postseason in her second season, advancing to the NAIA National Tournament for the first time since 2011.

“I want to thank Megan for her time and commitment to the Evangel women’s basketball program and the Evangel community,” said director of athletics Dr. Dennis McDonald. “She made an immediate impact on the program and has created a great foundation for the future. I wish her and Caleb the best as they move closer to family.”

During her tenure, Leuzinger guided the women’s basketball program to 19 and 20 wins in her first two seasons. Evangel also secured a spot in the Heart Postseason Tournament every season under Leuzinger.

She saw two NAIA All-Americans come through the program and 10 all-conference selections. A pair of conference award winners were also named under Leuzinger in 2020 with Lexie Vaught being named Defensive Player of the Year and Alexis Cauthon earning Freshman of the Year honors.

A former WNBA veteran and All-American at Liberty University, Lezuinger was most recently inducted into the Liberty Athletics Hall of Fame.

A national search will begin immediately for the next Evangel women’s basketball head coach.