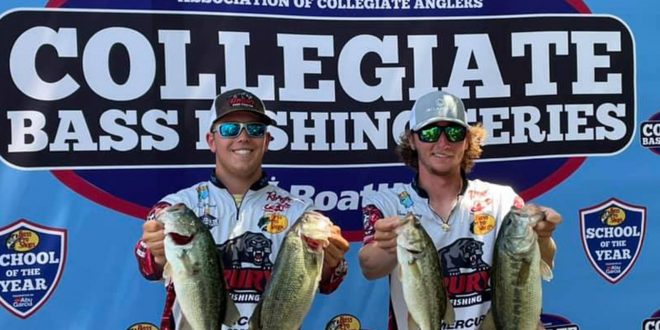 A team from Texas Christian, Noah Skolnick, and Garrett Torres, won the tournament catching their limit of 10 fish at 32.51 pounds. A duo from Newberry College was second, while a boat from the University of Tennessee came in third.

Baird, a sophomore from Salina, Kansas, and Browning, a freshman from Hot Springs, Arkansas, caught their limit of 10 fish in the two days totaling 25.78 pounds.

Cole Breeden and Cameron Smith finished 30th with catches weighing a total of 21.74 pounds. Brock Bila and Jack Rankin came in 48th on the strength of their second-day total. The duo caught none on day one of the tournament due to boat issues, then returned to land 18.48 pounds on day two, the third-best single-day total in the event.