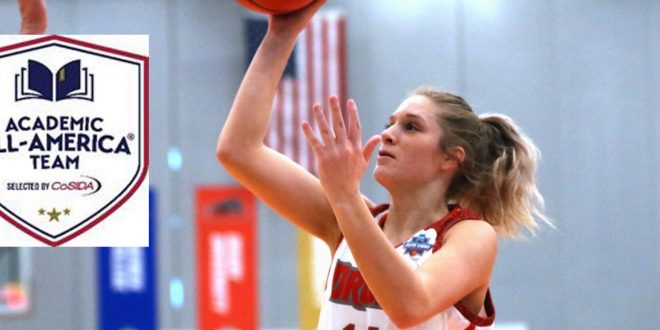 The award recognizes the nation’s top student-athletes for their combined performances on the court and in the classroom. Only five players are selected for a First, Second, and Third team for a total of just 15 student-athletes in NCAA-II women’s basketball chosen for the award.

Earlier this year, Robinson was named the NCAA-II Player of the Year by the Women’s Basketball Coaches Association and won the Ron Lenz Award as the national Player of the Year in D-II by the D2CCA. She was also the Player of the Year in the Great Lakes Valley Conference and led the league in scoring, averaging 21.2 points per game. Robinson also averaged 5.8 rebounds, 4.8 assists, 1.7 steals, and 1.1 blocks per game while shooting .510 from the floor, .361 from three-point range, and .806 from the free-throw line. She posted only the second triple-double in program history when she put up 22 points, 11 rebounds, and 11 assists against Missouri S&T on Dec. 18.

Robinson was also named a First Team Academic All-District selection earlier this month. She is a Marketing major with a 3.52 grade point average.