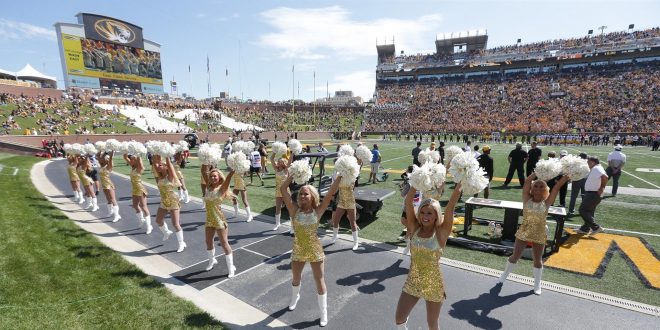 Graduate center Michael Maietti was named first-team offense. A 2020 All-SEC PFF selection, he started every game and played every snap (731) last season. Maietti anchored an offensive line unit that ranked fourth in the SEC and 30th nationally in sacks per game with 1.60. In 2020, Mizzou’s offense rushed for 135.2 yards per game and 21 touchdowns. In the air, the Tigers averaged 266.8 yards per game with nine scores.

Redshirt junior defensive lineman Trajan Jeffcoat was named second-team defense. He was an All-SEC first-team selection (Associated Press and coaches) after recording 23 tackles, 6.0 tackles for loss, 6.0 sacks, seven quarterback hurries and one forced fumble in 2020. Jeffcoat’s 6.0 sacks led the team and ranked seventh in the SEC. He recorded sacks in six of 10 games in 2020.

Senior running back Tyler Badie (offense) and Sophomore kicker Harrison Mevis (specialists) both earned spots on the fourth teams. Badie was the only Tiger to catch a pass in every single game in 2020 and has caught a pass in 22 of last 23 games. Last year, he ranked second among all Tigers in touchdowns (six), rushing (242 yards) and all-purpose yards (738 yards / 73.8 ypg).

Mevis earned a spot on the 2020 SEC All-Freshman team and The Athletic’s Freshman All-America team and was second-team All-SEC by PFF in 2020. His 79 points rank 25th on Mizzou’s single-season list, 11th among kickers, and are the most-ever by a Tiger freshman PK. He set the Mizzou single-game scoring record for a kicker with 20 points (five FGs, five PATs) against Arkansas (12/5/20).