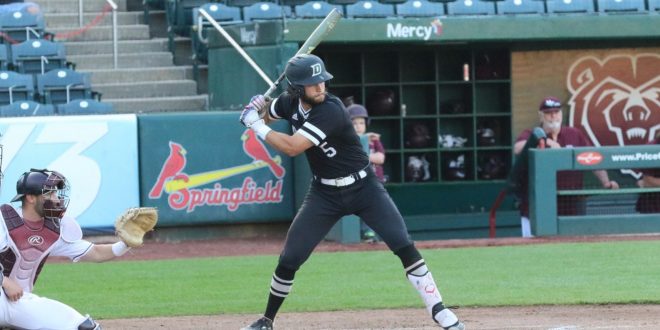 Calabro was a Second Team selection and hit .324 this season with seven home runs and 45 runs batted in during 40 games. The sophomore from St. John’s Florida posted a .613 slugging percent and was tied for third in the Great Lakes Valley Conference in doubles with 16. Calabro was named the NCAA-II National Player of the Week for April 19-25 when he went 10 for 14 at the plate during a four-game stretch while hitting two home runs with 12 RBI’s and four doubles in four games.

The honor from the NCBWA is the second postseason honor for Calabro. He was also named a First Team All-GLVC selection in a vote of league coaches at the end of the regular season.