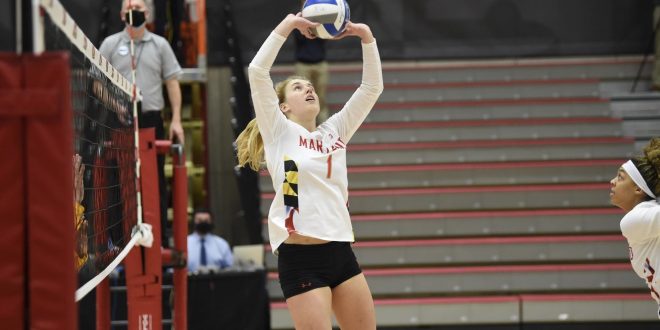 COLUMBIA, Mo. – Mizzou Volleyball head coach Joshua Taylor announced the addition of setter Nicole Alford, a grad transfer from the University of Maryland, on Monday (May 24).

“We are excited to be adding Nicole to our roster this fall,” Taylor said. “She brings four great years of experience with her and is still hungry to learn and improve. Nicole did whatever she needed to do to help her previous institution succeed and I know she’ll be bringing that same mentality to Columbia.”

Alford has produced 50 or more assists on six occasions as a Terrapin and eclipsed the 40-assist plateau 11 times. She has 12 double-doubles to her credit, all of the assist-dig variety. Alford posted a career-high 52 assists to pair with 14 digs this spring against Ohio State. She has also excelled off the court, earning 2019 Academic All-Big Ten honors.

The Annapolis, Md., native began her collegiate career at Georgia Tech where she appeared in 21 matches as a freshman with four starts.