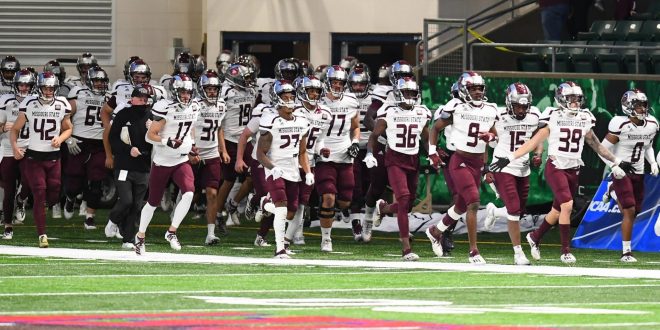 SPRINGFIELD – Season ticket reservations for the upcoming 2021 Missouri State University football season are now being accepted, the university announced Monday along with its 11-game fall slate.

Bears fans may contact Missouri State season tickets at (417) 836-8899 or via email to DuaneMiller@missouristate.edu. The season ticket interest form may also be submitted to guarantee reserved seats for every home game in the upcoming campaign.

Current season ticket holders will receive renewal forms in the mail this week. Their specific seats will revert back to the 2019 assignments, prior to the reseating necessitated by the COVID pandemic for this season.

Missouri State will play an 11-game schedule in 2021, all on Saturdays, including five home games, as they defend their Missouri Valley Football Conference co-championship this fall.

The Bears open up the campaign on Sept. 4 at Oklahoma State in the ninth all-time meeting between the programs and fifth meeting since 2006.

The home opener will be on Sept. 11 against Central Arkansas in the third meeting between the teams in two years. The Bears have an open date on Sept. 18 before hosting South Dakota on Sept. 25 in the MVFC opener for both squads on Family Weekend.

The team’s final three home games will be a Homecoming matchup against Indiana State on Oct. 16, a playoff rematch against North Dakota on Oct. 30, and a senior day meeting against Northern Iowa on Nov. 13.

The regular-season schedule concludes with a first-ever meeting against new Division I program, Dixie State, on Nov. 20 in St. George, Utah.

Single-game tickets will go on sale in August.

The Bears are coming off a 5-1 finish in the Missouri Valley Football Conference that culminated in a share of the league title and the program’s first NCAA playoff appearance since 1990. Coach Bobby Petrino is expected to return nearly all of his regular starters and key reserves for his second season at the helm this fall.